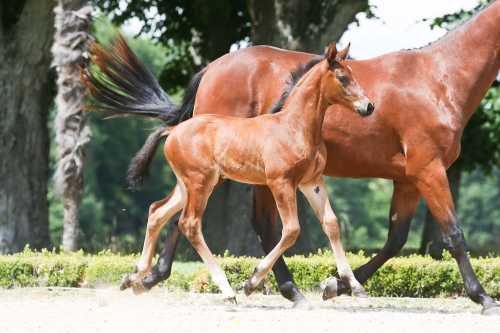 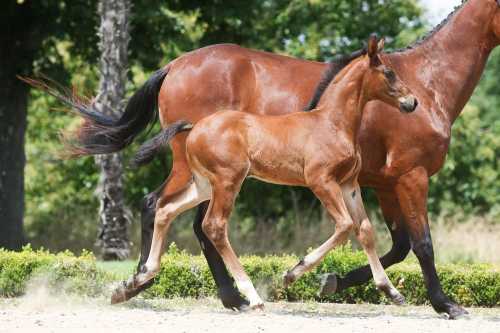 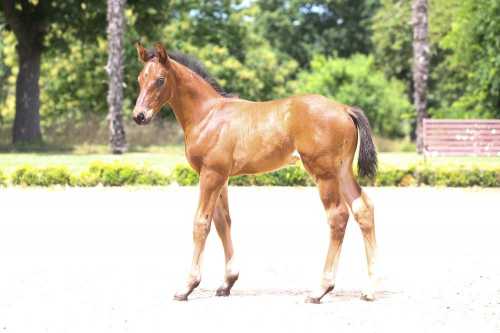 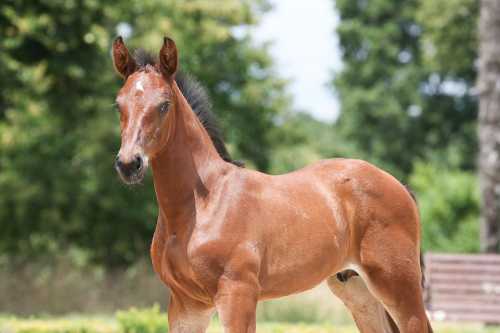 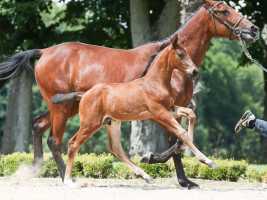 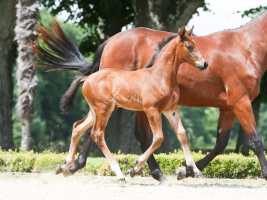 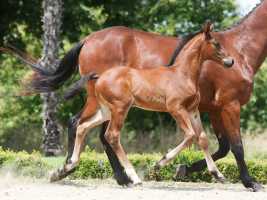 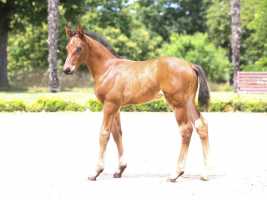 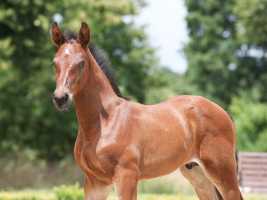 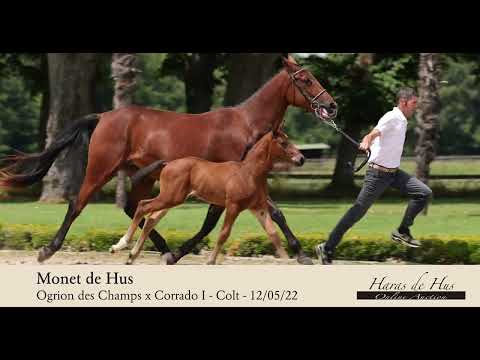 Gone too early, his sire Ogrion des champs asserts himself as Kannan's best son as a sire. Third in the French championship for 4-year-olds, he was quickly devoted to breeding and his offspring are now evolving on the most beautiful tracks in the world, such as Tonic des Mets, Tam Tam du Vallon, Tonio la Goutelle and Tiopepe des Champs.

His dam Conrad Girl is a sister to the emblematic stud stallion Conrad de Hus with the Chef de race Corrado I. Their dam, Minne, has produced no less than nine internationals including three approved stallions while Conrad Girl has already produced herself no less than four internationals, including Calgary de Hus, which competes in the 4* Grand Prix under Italian colours.