EMBRYON "MADE IN HUS" 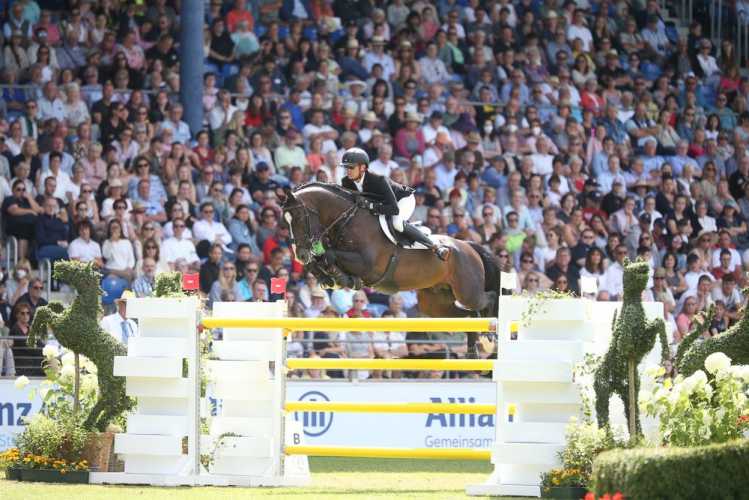 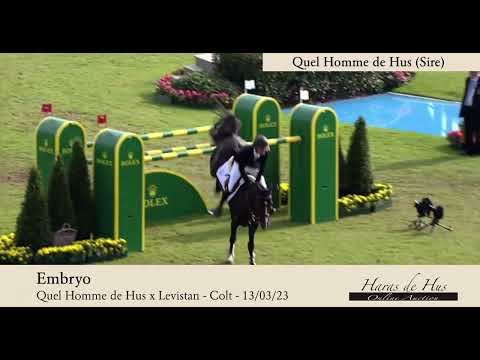 His sire, Quel Homme de Hus, is one of the Haras' great prides! Polished like a diamond at stud throughout his career as a young horse, he then exploded, confirming all the good people thought of him. A five-star Grand Prix winner with Jérôme Guery, he also won a team gold medal at the European championships as well as a bronze medal at the Tokyo Olympics for Belgium.

His dam Babouchka de Hus is a uterine sister of the legendary Chacco Blue, 3rd in the Grand Prix of Aachen in 2011 under the saddle of Andreas Kreuzer after having represented Germany in the Nations Cup with Alois Pollmann-Schweckhorst. He suddenly disappeared in 2012 when his production began to explode. Today, there are countless descendants at the highest level such as Explosion W, Chaqui Z, Chaclot...

The granddam of Babouchka and Chacco Blue herself evolved internationally while their dam, Contara, competed in Grand Prix.