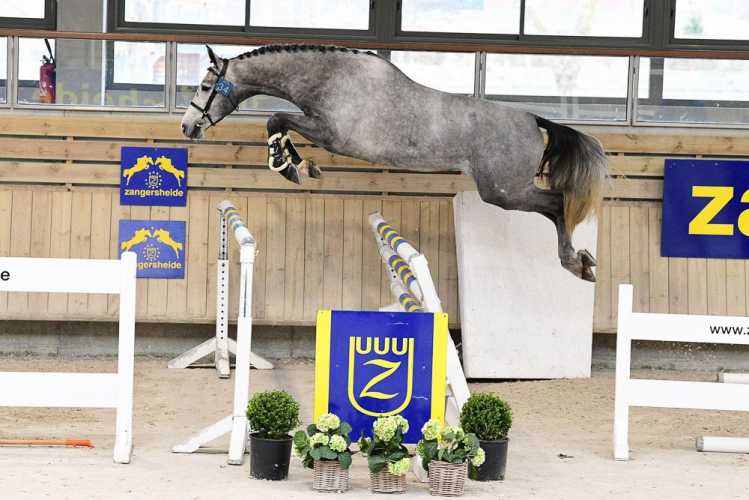 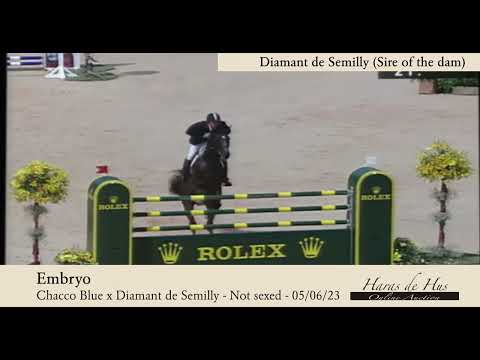 His sire, Chacco Blue, is the current world reference. He outrageously dominates the stallion rankings for several years while his offspring are present on all sports grounds. Chacco Blue had himself evolved at the highest level with notably a third place in the Grand Prix of the CHIO5* of Aachen before passing away prematurely. His production is impressive, like the defending Olympic champion Explosion W.

His dam, Qaresse de Kreisker has distinguished herself on the international scene and is a daughter of the former 7-year-old French champion Jumpy de Kreisker. The latter is undoubtedly one of the best French mares. She also produced the Grand Prix horses Shana de Kerglenn, Quito de Kerglenn and Quandice de Kerglenn. Quaresse has already produced the performance stallion Ultimate de Kerglenn and the promising stallion Hoover de Hus.