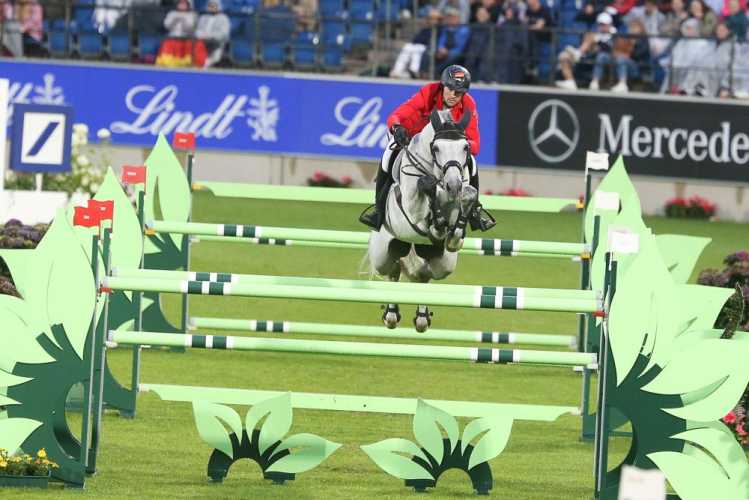 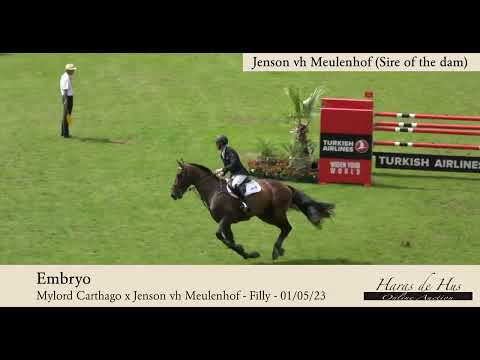 His sire, Mylord Carthago, has an eloquent sporting record associated with one of the best French lines. He is now one of the most highly rated stallions of his generation. World and European vice-champion by team, winner in Grand Prix 5* associated with the line of Ifrane, it’s today his products that run at the highest level such as Timon d'Aure, Tolède de Mescame, Twentytwo des Biches and so many others.

His dam In Love JW VD Moerhoeve is a uterine sister to the crack of Christian Kukuk Mumbai, again winner of the Aachen Nations Cup this year but also of the great promise of Lillie Keenan, Opium JW vd Moerhoeve. Their dam Isghl de Muze also evolved on the international scene before devoting herself to breeding. She is a uterine sister of the champion Jeelena de Muze but also of the internationals Importante de Muze and Cannavaro de Muze. The granddam of In Love is none other than the great international winner of Maikel van der Vleuten, Eureka van't Roosakker who is not only the dam of Malibu de Muze and Morfine de Muze but also the mare's uterine sister of Grand Prix Fa-Belle van't Roosakker, also granddam of the young prodigy Picobello van't Roosakker.