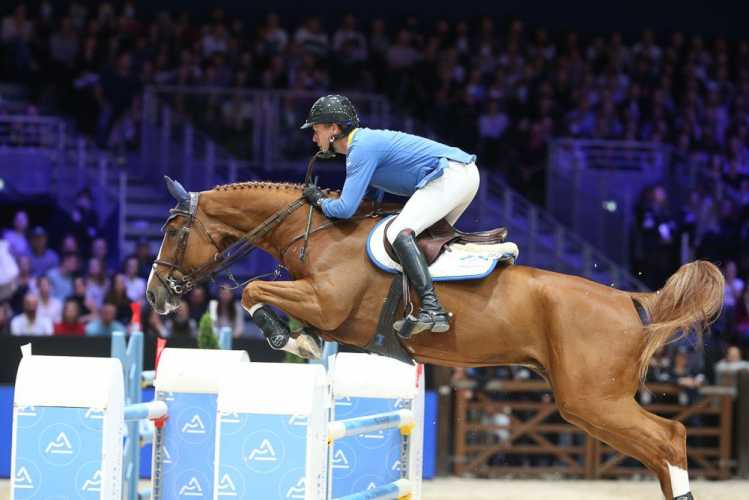 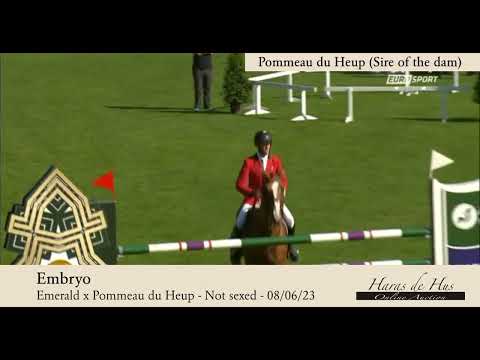 His sire Emerald van't Ruytershof is a son of Diamant de Semilly with the famous Carthina Z, who also produced Diamanthina, Illusionata or even Nixon, who evolves or have evolved at the highest level of competition. Ridden by Harrie Smolders, Emerald performed well from a young age to the highest level. World vice-champion for 6-year-olds, winner of the Nations Cup in Aachen, Gijon, Rotterdam, Falsterbo, as well as at Bordeaux and Chantilly’s Grand Prix. Today, his production speaks for him with -obviously- Mandato vd Neerheide, but also Igor, Kasper vh Ellehof, El Barone 111 Z, Goldwin, and so many others that are evolving today at the highest level.

His dam, Conga Van de Neerheide, also produced the impressive Mandato van de Neerheide, once again 2nd in the Grand Prix of the Global Tour in Rome and sixth in the Grand Prix CSIO5* in Knokke this year with Christian Ahlmann. She is a uterine-sister to the stallion Colorado (Cor de la Bryère) who has competed at the highest level, but also to Olympia vd Krekebeke who is none other than the dam of Tangelo vd Zuuthoeve! Their granddam Raycona Z is also the full sister of the performance stallion Romanus Z who himself competed in Grand Prix.