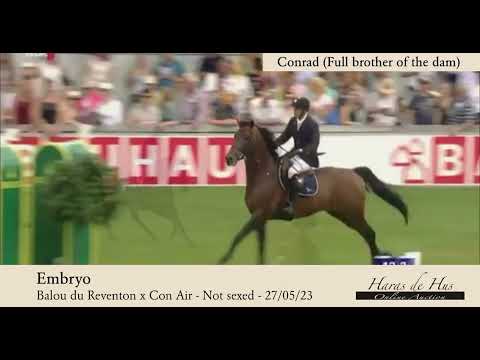 His dam, Ferrari de Hus, is the full sister of the spearhead of the stud: Conrad de Hus, vice-champion of Europe and winner of the 5* Grand Prix of Chantilly under the saddle of Grégory Wathelet. Their dam, Minne, has produced no less than nine internationals, including three approved stallions, while Conrad Girl has already produced no less than four internationals, including Calgary de Hus, who competes in 4* Grand Prix under Italian colors.