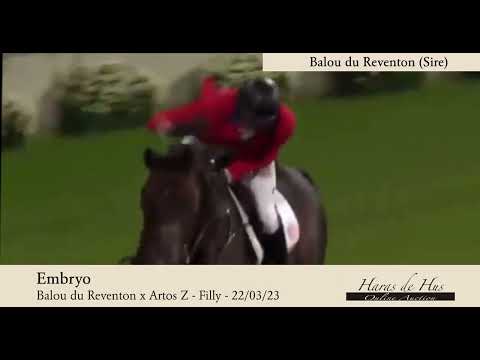 Balou du Reventon is highly valued and very exclusive for breeding. Son of Cornet Obolensky, he has impressive genetics since he is a uterine-brother of the famous Balou du Rouet but also of the performer Chatinue. He first distinguished himself under the saddle of Darragh Kenny before making all jumping enthusiasts dream with the young American Brian Moggre.